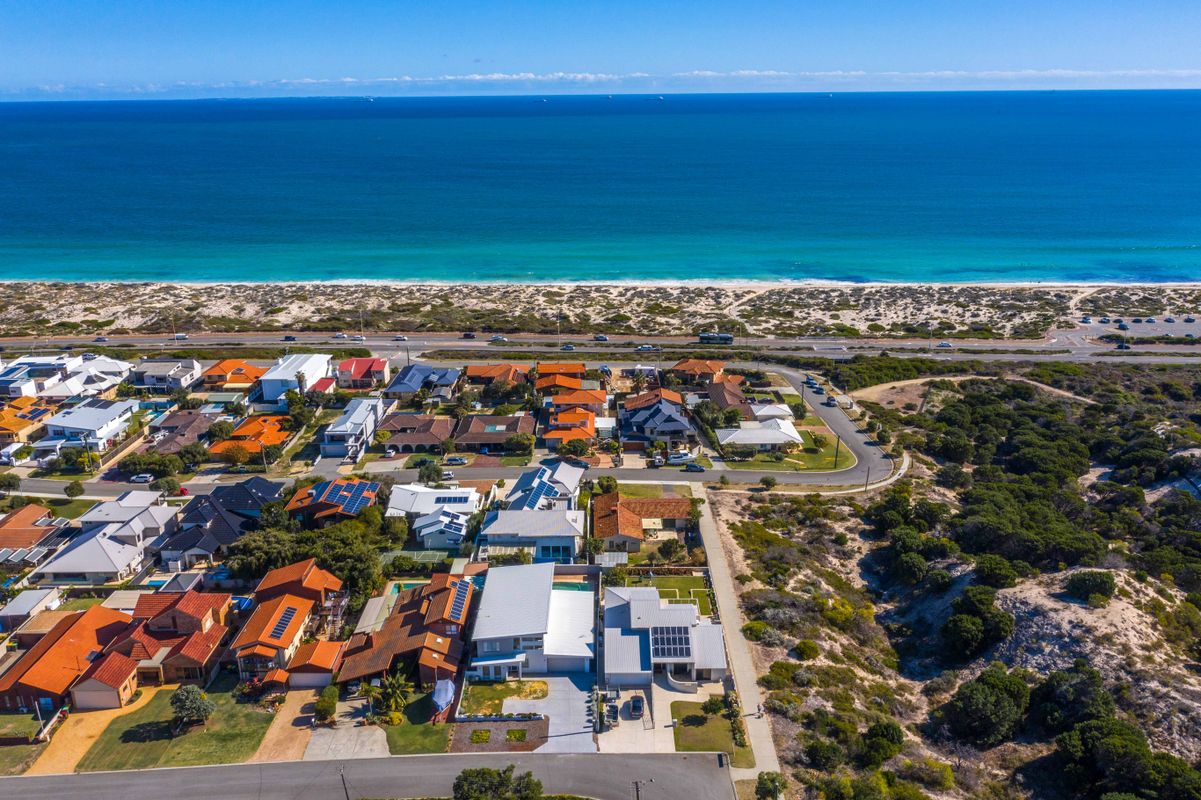 The tightly-held Perth coastal “destination suburb” of Trigg will continue to see a surge in house prices over the next year, according to the area’s number one real estate agency.

Trigg was named sixth in a list of 10 Perth suburbs with the biggest percentage increase in sales activity (up 103 per cent) during the 2020-21 financial year, as revealed this week by the Real Estate Institute of WA.

The suburb’s median house price is now sitting at $1.45 million, a 28.9 per cent increase in the 20/21 financial year – and the top Perth suburb in terms of price growth.

16 Bournemouth Parade sold at auction for $2.58 million to buyers who relocated to WA from overseas while 11 Kathleen Street was snapped up for $2.3 million by a local buyer.

“These phenomenal prices for non-waterfront land in Trigg created a shift across the board, helping recalibrate prices for waterfront properties too,” said Realmark Coastal director Sean Hughes.

His agency is currently selling five of the 11 properties listed on the realestate.com.au website.

“The Perth market as a whole is skyrocketing, and the coastal strip is always in high demand, but Trigg has been a standout performer and will continue to be as it’s a blue-chip suburb with a special, feel-good vibe,” said Mr Hughes.

“The reality is everything has been undervalued and we’re still playing catch up here in WA so I expect a lot more growth in the next 12 to 18 months, in line with a KPMG analysis suggesting Perth prices will rise a further 35 percent by 2023.”

Mr Hughes said Trigg was somewhat of a secret suburb, smaller than its neighbours, and offered a lifestyle and friendly ‘feel’ that was hard to replicate.

“You can be a lot closer to the beach in Trigg than you can in some other more expensive coastal suburbs, it still offers family homes and family-sized blocks, you’re still in a great public school catchment and very close to popular private schools like St Mary’s and Hale,” he said.

“There’s an eclectic mix of people and a spectacular activity-based beach thanks the local surf club and reef, it’s close enough to Scarborough’s nightlife, still offers walking distance cafes and restaurants and is just a few minutes’ drive to Karrinyup shopping centre which is undergoing a massive revamp.

“For all these reasons, homes don’t turnover that much in Trigg so there’s stiff competition for homes that do hit the market and we see people already very near the coast trying to get into the area.”

“One property we have for sale currently at 11 King Albert Rd is a once-in-lifetime opportunity in an iconic location that is ripe for a multi-million dollar new build,” he said.

Traditionally known for its focus on the oceanside suburbs along the coast from City Beach to Hillarys, it has expanded its footprint both inland to Floreat, Wembley, North Perth and Leederville, and north to Beldon, Ocean Reef, Iluka and Burns Beach.